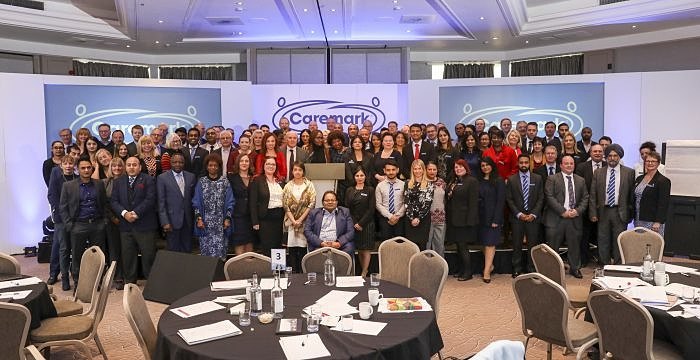 Delegates from across the franchise network came together for the Caremark Conference 2017, resulting in the largest conference ever, with more than 120 people from across the UK, Malta and Ireland gathering to listen to inspirational speakers.

Following the conference theme of The Belief Factor, acclaimed Life Coach Sue Revell spoke on how to find your flow in your business. Later in the day, Deb Holland, Head of Inspection at the Care Quality Commission, revealed How to be Outstanding, before Colin Angel, UKHCA Campaigns & Policy Director, spoke on the challenges facing the care sector. The daytime event closed with an award  being presented for Caremark’s Care Worker of the Year, Ian Wood from Caremark (Kirklees).

“The evening celebration was a fantastic show of our network coming together to celebrate not only their success but the success of their colleagues,” Bosley-Sharpe concluded.

A Bollywood themed gala dinner followed with guests being entertained to traditional Indian music and dancing, culminating in the Caremark franchise awards ceremony.

The Caremark network continues to produce outstanding business professionals, with one of its youngest, Hannah Drury (25) taking the regional award for London this year and Graham & Karen Precious (East Riding) claiming the award for outstanding performance.

With Caremark businesses continuing to build year on year despite the current difficulties in the sector, the company looks set for further success and growth.
BACK TO NEWS