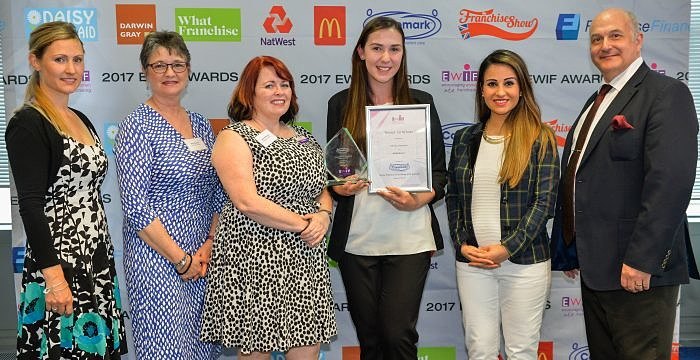 Caremark were proud to sponsor the ‘Young Woman in Franchising of the Year 2017’ category at the 7th annual EWIF Awards. Managing Director Anne O’Rourke and Marketing Team leader Mary Wardell represented Caremark and presented the award to the winner, Emily Norman of diddi dance.

What are the EWIF Awards?

EWIF (Encouraging Women into Franchising) is a not-for-profit organisation run entirely by volunteers from within the franchise industry. They have a mission to inspire, encourage, educate and support women considering or involved in franchising; throughout 2016, EWIF offered 4000 hours of free support to franchisees. This is the second time we have sponsored a category at the EWIF Awards, and we have been supported of the organisation for even longer.

The keynote speaker at the EWIF Awards 2017 was Melody Hossaini, multi-award winning founder and CEO of InspirEngage International, one of the world’s leading organisations in skills training and people development. She was awarded the title of ‘New Europe’s Most Influential Woman’ by the European Parliament in 2015, and also appeared on BBC’s The Apprentice in 2011. Her keynote speech covered many topics including self belief and pulling together talent to use as a force in the workplace.

NatWest recently completed a survey in conjunction with the bfa, which revealed that women now account for 23% of franchisees in the UK. While the aim of this organisation is to grow this number and encourage more women into considering franchising as a credible career option, it should be noted that the UK ranks higher than both the USA and Australia, which stand at 20.5% and 17% respectively.

Almost half Caremark franchisees are female

43% of Caremark franchisees are female, which is almost double the national franchising average and is a figure we are really proud of. Not only that, but a large proportion of our senior management team are women, including our Finance Director, National Operations Manager and National Training Manager.