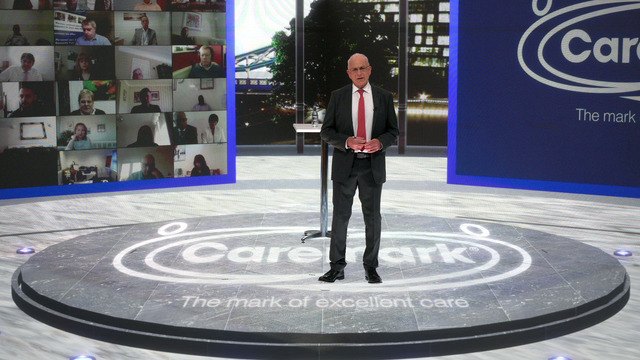 Friday 26th February saw the 14th Caremark annual conference, it was a little different this year due to the restrictions around the pandemic, but still managed to attract many high-profile speakers.

This year’s event was broadcast from a state-of-the-art virtual hybrid studio in central London, where the 110 franchised business owners were greeted by CEO Kevin Lewis. After a warm welcome, Kevin handed over to Franchise Director David Glover, who ran through a very positive review of 2020, which included average growth across Caremark’s network of in-home care providers, after closing with his view for the coming year he handed across to in-house data analyst Paul Davis, who delivered a positive data-evidenced presentation on the bright future ahead for Caremark franchises.

The final Caremark speaker then took to the virtual stage, Franchise Recruitment Director Jeremy Dunn. With Caremark balloons fluttering in a virtual breeze through 30 feet high virtual windows across the virtual London skyline Jeremy spelt out his vision for the coming year, to the 110 delegates logged on safely from their own homes or offices where they run their franchised businesses from. 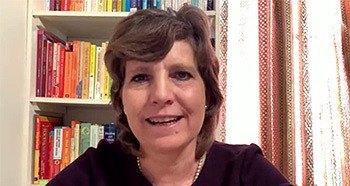 David Glover then rejoined the stage to hand over to the first of the high-profile external speakers, Dr Jane Townson – UKHCA CEO, who focused on the Home Care industry from 2019 to 2021, the challenges and opportunities that have affected us in the past and those likely to present themselves in the coming year, moving onto answer questions from the delegates. 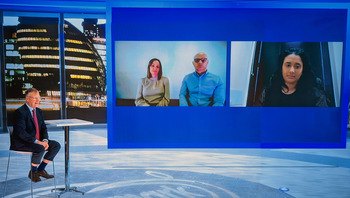 Following a short panel discussion hosted by franchising expert Gordon Patterson that focused on the many positives during the pandemic and how the franchisees, made 2020 the hugely successful year that it was. Penny Mallory then joined the stage to talk about ‘Mental Toughness’ and how to achieve it, drawing on personal experience including from when she was a Rally Driver, a Boxer and a highly successful TV presenter. 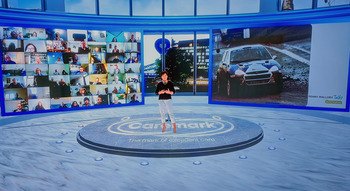 Then came the first of two high profile Government Ministers, The Rt Hon Jeremy Hunt MP, who sadly could not make it into the studio as he recently broke his arm and was unable to drive, He gave an insightful speech around his years in the cabinet as Secretary for Health and Social Care and his current position, not only as a serving Member of Parliament, but also his unique perspective and the Chair of the Health & Social Care Committee.

Pictured: Jeremy Hunt speaking from his home to the Caremark Conference.

Then nearing towards the end of the conference, it was time to celebrate excellence in social care from the ever-expanding group of franchisees from all across the UK. Who better to open the ceremony than Helen Whately, Minister of State (Minister for Care) at the Department of Health and Social Care, after taking a few minutes to talk about how the offices excelled in 2020 during the pandemic. It was back to CEO Kevin Lewis, who was joined on stage in the Central London Studio by Franchise Director, David Glover and National Operations Manager, Harinder Dhami. 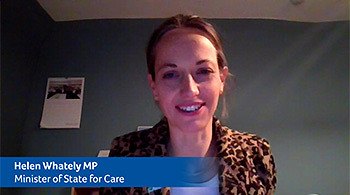 The Caremark Awards Ceremony 2021 is to celebrate excellence in several different areas throughout the Franchise Network during 2020. From Regional to National Awards, the nominees and winners represent the epitome of how to run a successful Caremark Franchise.

With so many examples of excellence across the network it was no mean feat to pick just one from each region, but the winners were announced as: 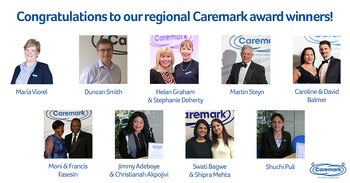 As with the regional awards, choosing from such a high performing group was very difficult, but the winners for the national awards were announced as:

- Caremark (North Down, Ards & Belfast) - Franchisee of the Year Award 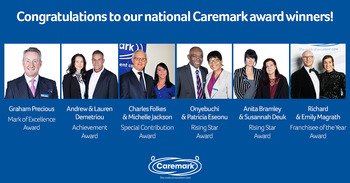 Rounding up the evening, CEO Kevin Lewis spoke of his admiration for the offices during the last year and the positivity around the following year.